On 14th– 17th September 2018, I returned to Knepp Castle Estate for a third time with Jamie Lorimer, along with three new visitors: Sofie Narbed, Jenny Swingler and Scott Twynholm. On previous trips we had scoped out, explored and experimented with this complicated site; learning to read, interpret and work with the wild processes and inhabitants of the Wildland Project (Overend and Lorimer 2018). This time, we planned to make something: to create a text that tangled together our artistic responses to Knepp with its existing narratives and ecologies. The piece that emerged from this weekend in West Sussex takes several forms, including an audio track and a written document, as well as a podcast about the site and our project. This blog entry gathers together some images and reflections, recording another productive and revealing encounter with this endlessly enchanting environment. 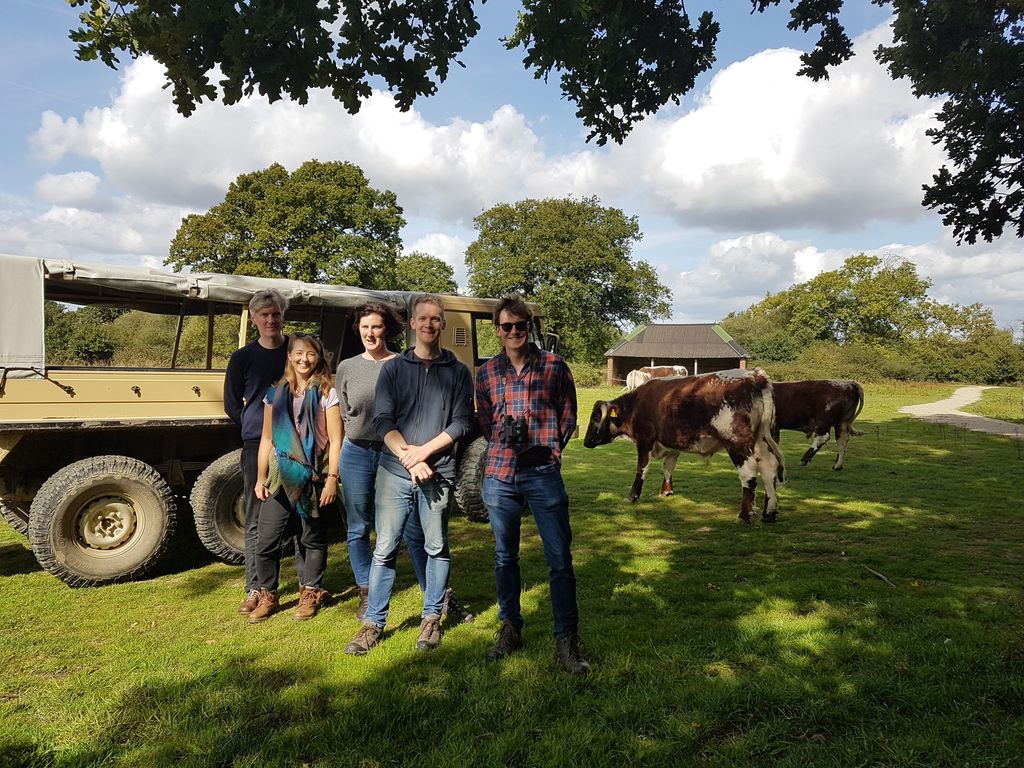 Working with wildness at Knepp (JL)

Working with our team at Knepp over the last few days has made me think differently about rewilding. It has given me scope to think philosophically about the wild ways of the site; or the different topologies through which we might conceive of the oak. Learning together about the tree, its landscape, and its history open up to a musical understanding of ecologies. We learnt of worlds marked by discordant harmonies: tangled lives, with multiple trajectories and shifting intensities. The oak become more than a simple tree. It was a bending, moving body. It was on the march, surging out of linear hedges to take over abandoned fields. It also became a refugia for myriad oak loving life forms. The tree was also a node of dissemination – spreading countless acorns. Last time at Knepp we were all taken by the acorn symphony, as nuts pinged off the tin roof and plopped into the pond. This time we saw acorns on the move, carried by jays under scrub and into the rootings of pigs. Oaks opened us to the histories of the site – human and nonhuman. They told us of hunting, of industry and of war. They tell and foretell of climatic fluctuations, storms and diseases, and the intensities of ecological disturbance.

Being amongst those attuned to sound taught me to listen. It helped me to sense absences. The roars of the rutting deer were striking, but would have once been subsumed by the bellowing of elephants, the howls of sabre-toothed tigers, and the general chorus of insect and bird abundance. We learned to listen to individual birds and their calls, to try and strike up conversations by mimicry. Tapping stones or cupping hands to simulate alarms or flirtation. Mist nets raised to catch birds drawn by recorded calls also gave notice to the perils of attraction. Caught birds left unharmed, save for the chunky jewellery of a new ring.  The layering of sound files revealed the creative potential of dissonance. Synchronous readings of our lists of highlights made clear common moments of wonder, shock and comedy. The murder of a rabbit by a stoat, signalled by a horrific scream as it was dragged by the throat and asphyxiated, marked us all.

This collaboration has revealed the creative potential of well-choreographed collaboration. David has directed us like a pro, drawing out our strengths, offering sound advice, and making a weekend of work a lot of fun. We hope our leftfield take on rewilding provokes curious encounters with oaks all over the country. Go find yourself some acorns. 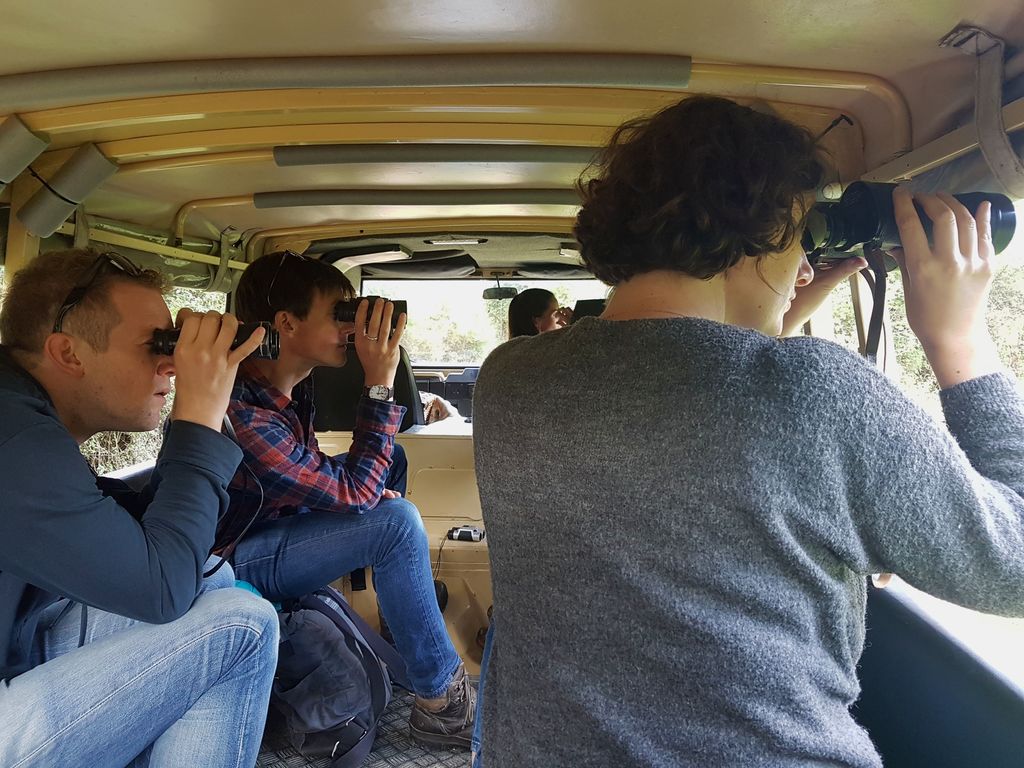 Frans Vera is a Dutch paleoecologist. His influential book, Grazing Ecology and Forest History, responds to a prevalent belief that prior to human intervention, Central Europe would have been largely covered with closed canopy forest (Vera 2000). Vera argues against this view, instead offering the hypothesis that the grazing behaviour of large, undomesticated herbivores would have created a ‘park-like landscape consisting of grasslands, scrub, solitary trees and groves bordered by a mantle and fringe vegetation’. Vera’s thinking has been extremely influential at Knepp. As a scientific advisor to the project, his theories are put to the test at the site. One of Vera’s most important – and contested – ideas concerns the mechanisms through which forest regeneration takes place. This is the argument that oak saplings (and those of other hardwood trees) are able to withstand the grazing pressures of large herbivores when acorns fall and germinate in thickets of thorny scrub. 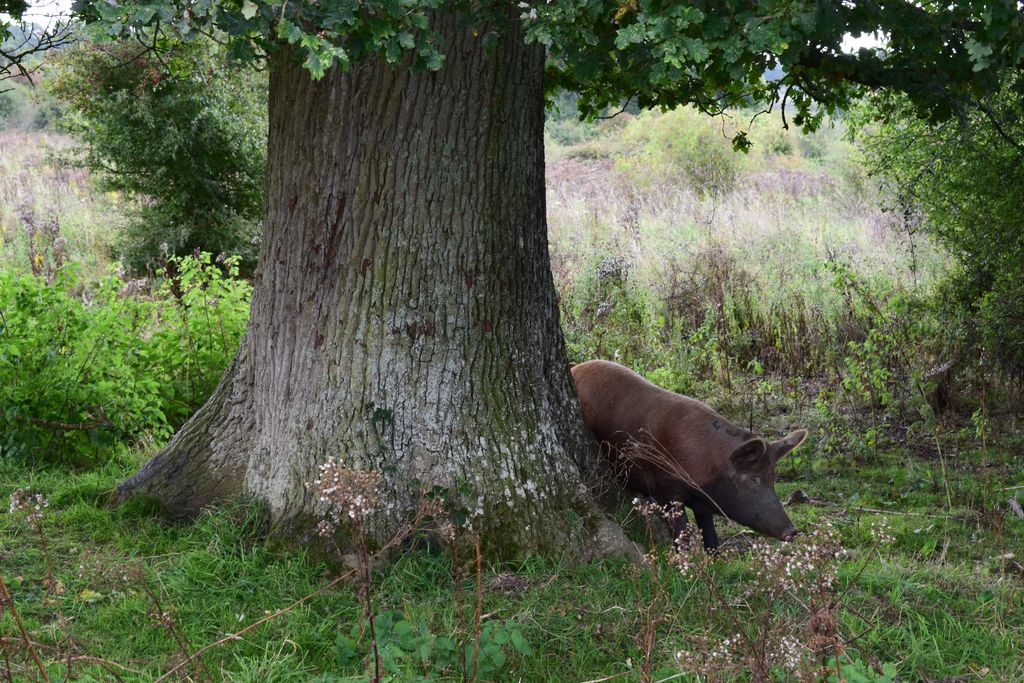 The Vera Oaks are distinctive in that they can only grow in places where gorse and thorns take root, creating an exclosure that prevents grazing destroying new shoots. In this rewilded landscape, which is enclosed from the roads and neighbouring farms beyond the Knepp Estate, there are multiple boundaries – both natural and artificial – that allow wildness to take place. The processes of rewilding play out within carefully protected zones.

The Vera Oaks offered us inspiration and challenge. Literally inaccessible and guarded by unruly, tangled flora, our concern with boundaries and exclusory zones materialised around these trees. There were parts of this site that were inaccessible in all senses of the word. At the same time, they hinted at multiple spheres of influence and connection: reaching out to the interconnected components of the ecosystem; resonating deep into the past and out into the futures; shifting scales and setting off new trajectories. We set out to follow these wild ways, and to attend to the lessons that the oaks might teach us. 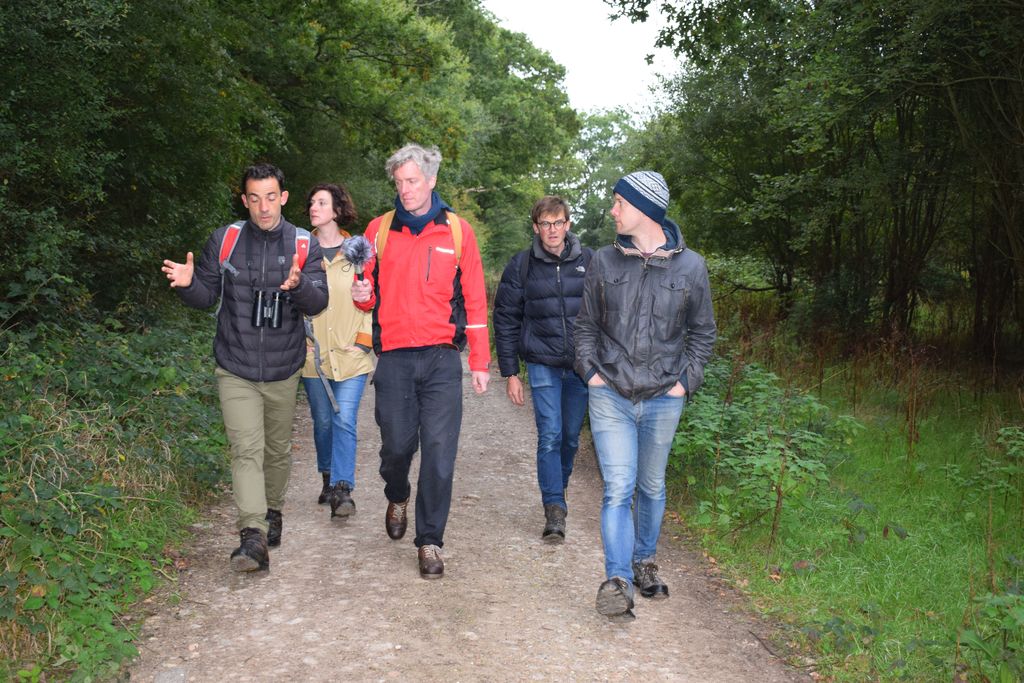