Seeking the Sea: Performance in a Pandemic

An article I had published earlier this year opens with the line “Performance as an art form is live, ephemeral, and of the moment” (Cultural Geographies, April 2020). Are these words still relevant in the context of this global pandemic?

As a performance-researcher I am keen to examine the way in which contemporary performance-making responds to social, political, ecological and cultural events. I have previously written about the flurry of creative activity which was…

Change and repair: Trixxy walking, place-stories and recovery in a time of virus, by Helen Billinghurst & Phil Smith 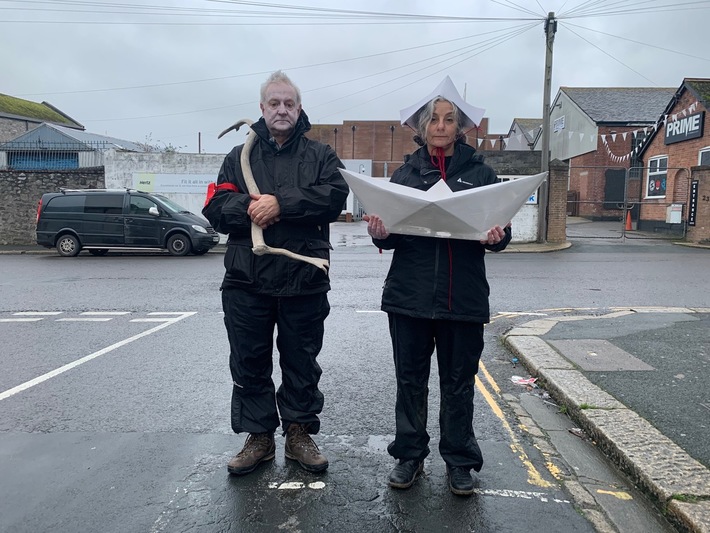 Over the last two years we have been investigating an inexorable web of entanglement between story and place that has emerged during creative research projects. In the following essay we will recount how our experiences working on two such projects during the time of Covid have informed our understanding of the nature of this entanglement and… I am trying to listen to you.

To get to know your qualities, character and atmosphere.

To see what you have to say.

Days before the lockdown began, we made it back to Bamff Estate in Perthshire - the site of Scotland's first reintroduced beavers. Moving on from our usual walking methods, we donned neoprene and attempted some creative swimming experiments. While our usual writing and research is curtailed, here are some images and a couple of short texts from Lewis Hetherington. 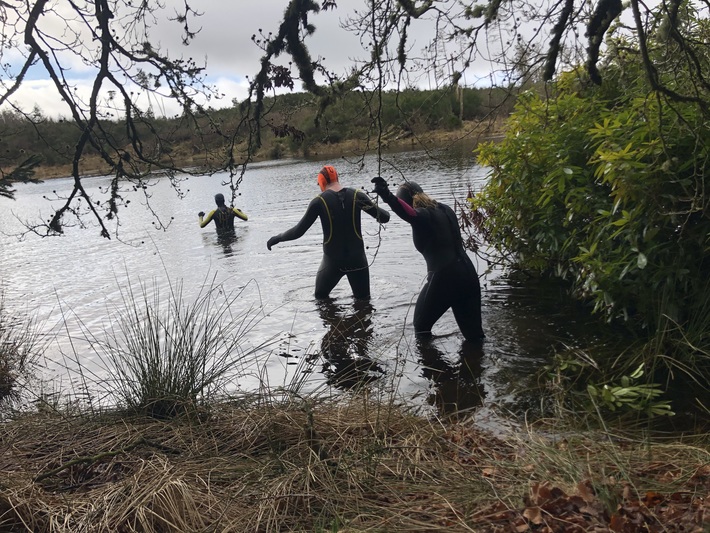 We gathered in Bamff in March to continue our wild experiments in the company of beavers and their terraqueous (or land and water) landscapes. Our primary aim was to develop a creative swimming methodology to address the following questions:

The Gift in the Beaver 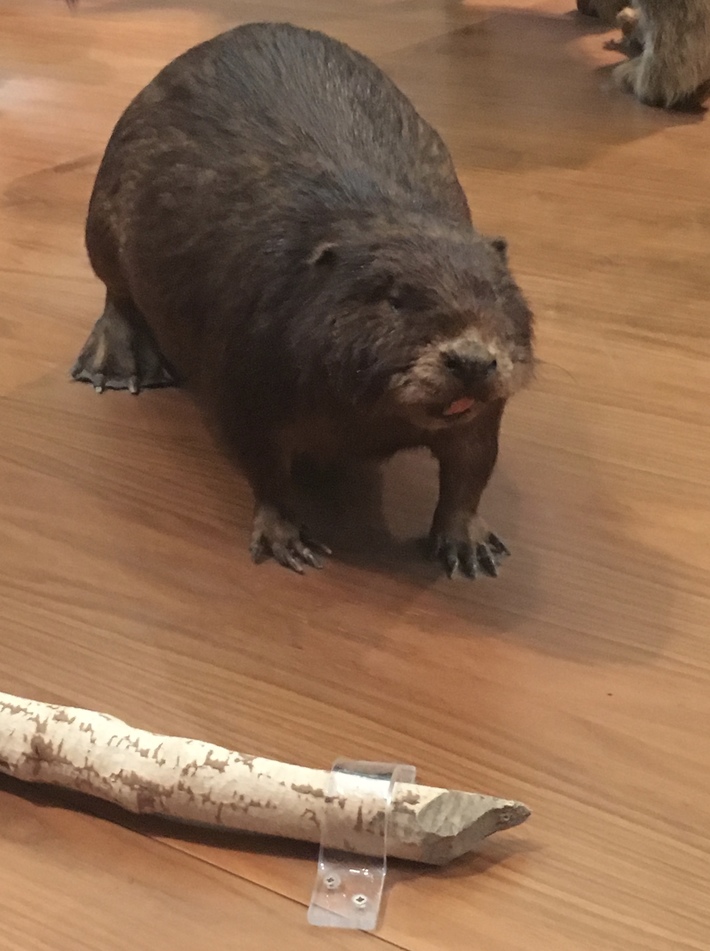 Figure 1:  A beaver on display at the Kelvingrove Art Gallery & Museum, Glasgow, Scotland.

Gift giving may be the most basic form of exchange, though hardly simple. In our hearts, we like to imagine that gifts are given with “no strings attached.” Of course, this is rarely the case. Instead, gift…

“The more beavery the landscape is, the harder it is to find them.” This is what Laura Ogden, an environmental anthropologist from the US told us on our first evening in Bamff in Perthshire as we took an evening walk around the land to try to spot some beavers. An interdisciplinary group of ten researchers including artists, cultural geographers, and anthropologists visited the estate for four days to explore “landscaping with beavers”, and the possibility of…

We have just returned from a wild weekend at the Bamff beaver project in Perthshire. Bamff hosts the longest established population of reintroduced beavers in Scotland and is located amidst the growing population of beavers in the Tay valley. The Ramsay family, who own the estate, are key players in current debates about beaver…

On 14th– 17th September 2018, I returned to Knepp Castle Estate for a third time with Jamie Lorimer, along with three new visitors: Sofie Narbed, Jenny Swingler and Scott Twynholm. On previous trips we had scoped out, explored and experimented with this complicated site; learning to read, interpret and work with the wild processes and inhabitants of the Wildland Project (Overend and Lorimer 2018). This time, we planned to make something: to create a text that…

The Six Wild Ways of the Oak

Over the past few years I have undertaken numerous creative residential retreats. This prompted me to think about the benefits of these processes for artists, writers, thinkers and performance makers. All images are the author's own from the Performing Wild Geographies event at the Knepp Estate in October 2017.

The word retreat implicitly has the promise of a “treat” within it, referring to the…

The event:
Performing Wild Geographies, a two-day creative workshop, took place at Knepp Castle Estate, West Sussex (2nd-4th October 2017). Focused on collaborative performance-making strategies between artists and academics from disparate disciplines, the event aimed to be a cross-disciplinary experiment around wild(er)ness and rewilding, drawing in particular on the Knepp’s Wildland Project case, in the southern block of the estate.

The event was led… 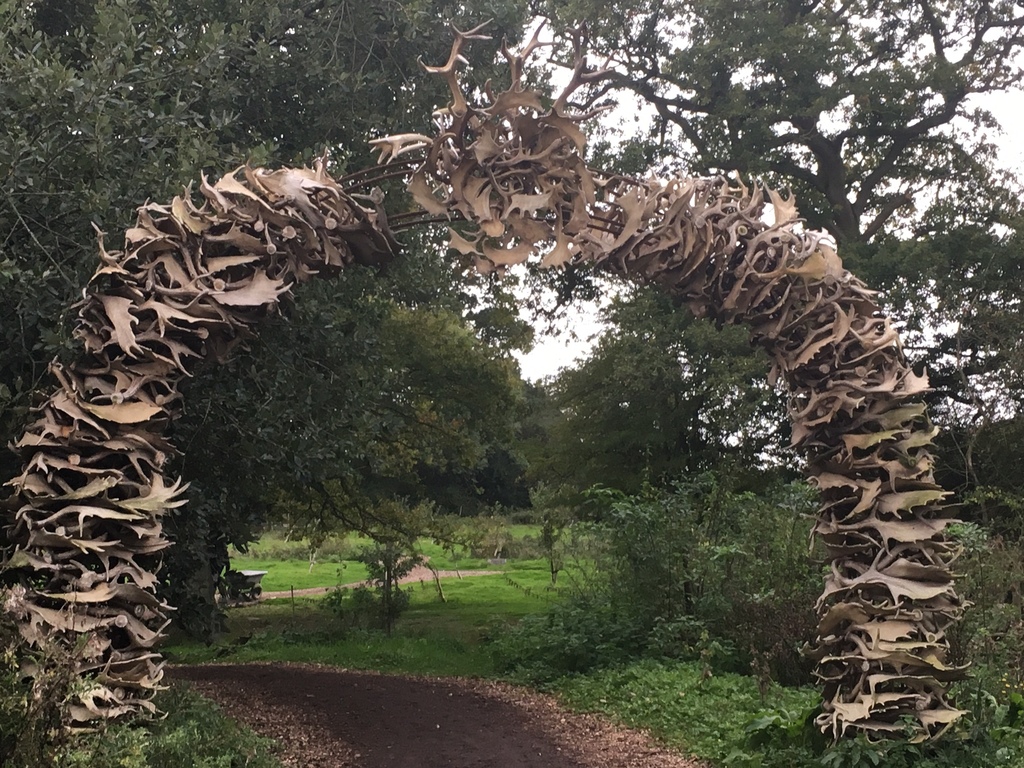 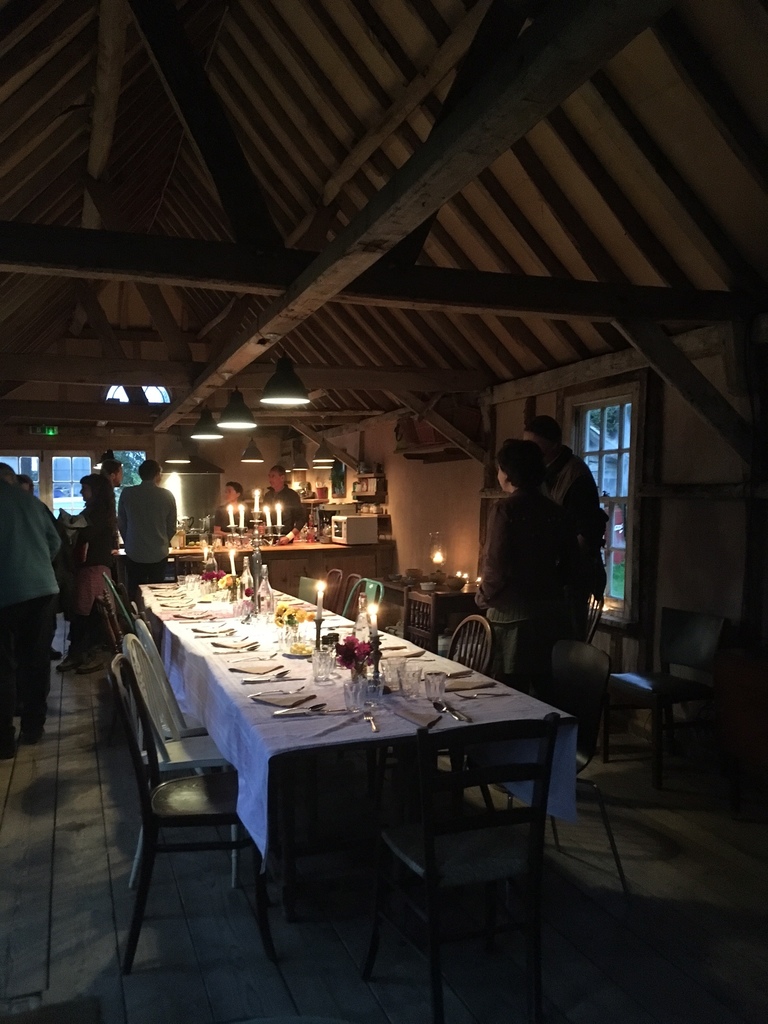 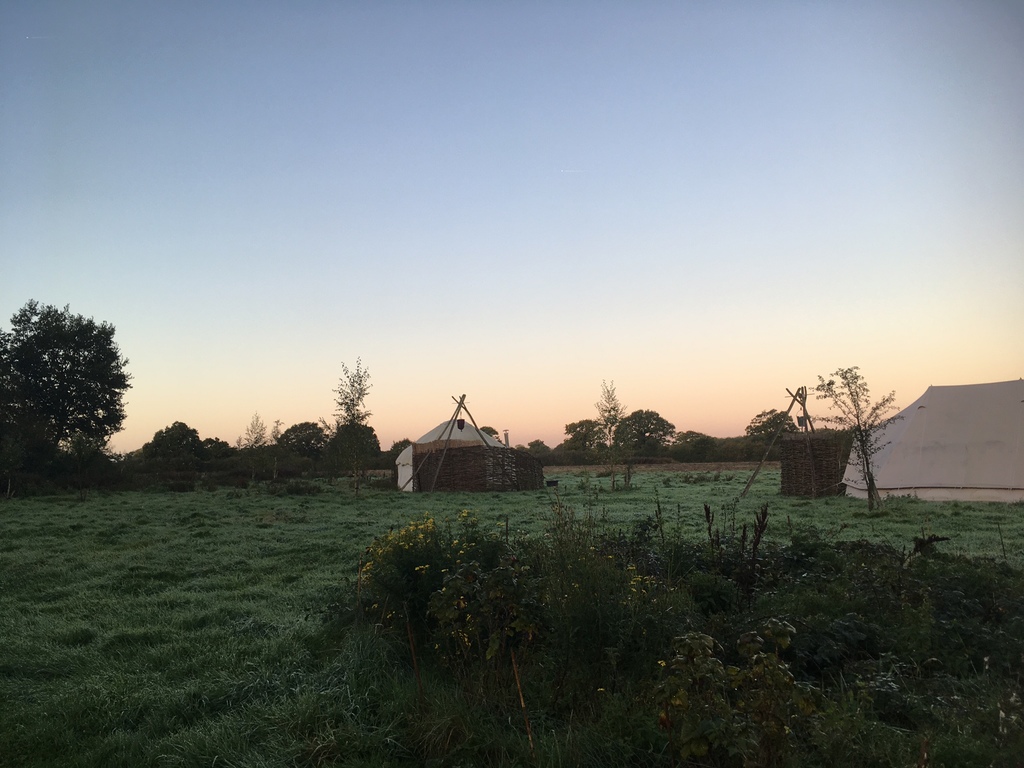 Some images and maps by Helen Billinghurst, from a creative retreat at Knepp Castle Estate, West Sussex… 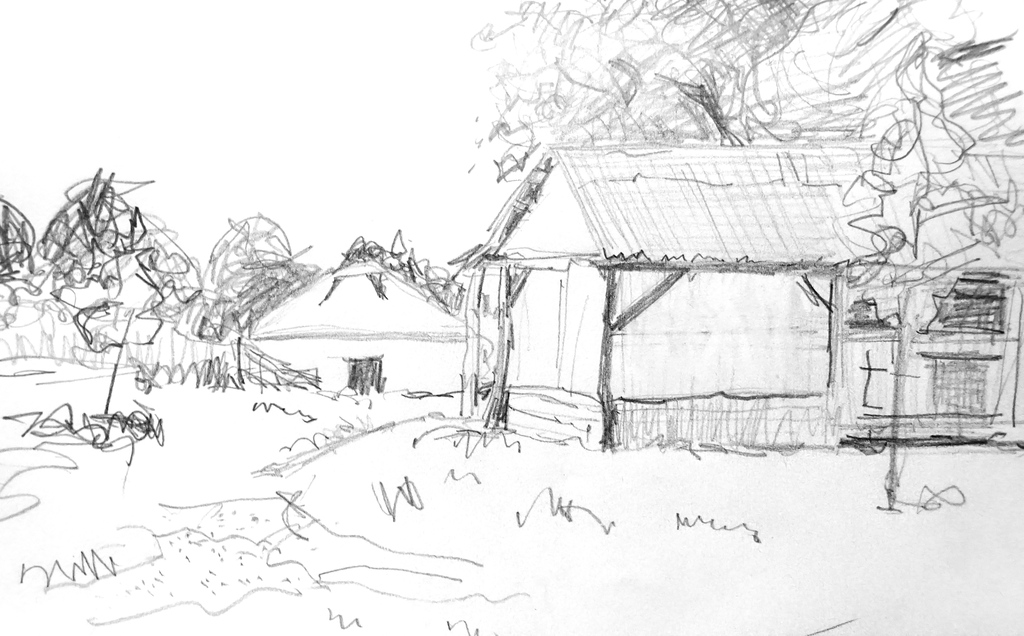 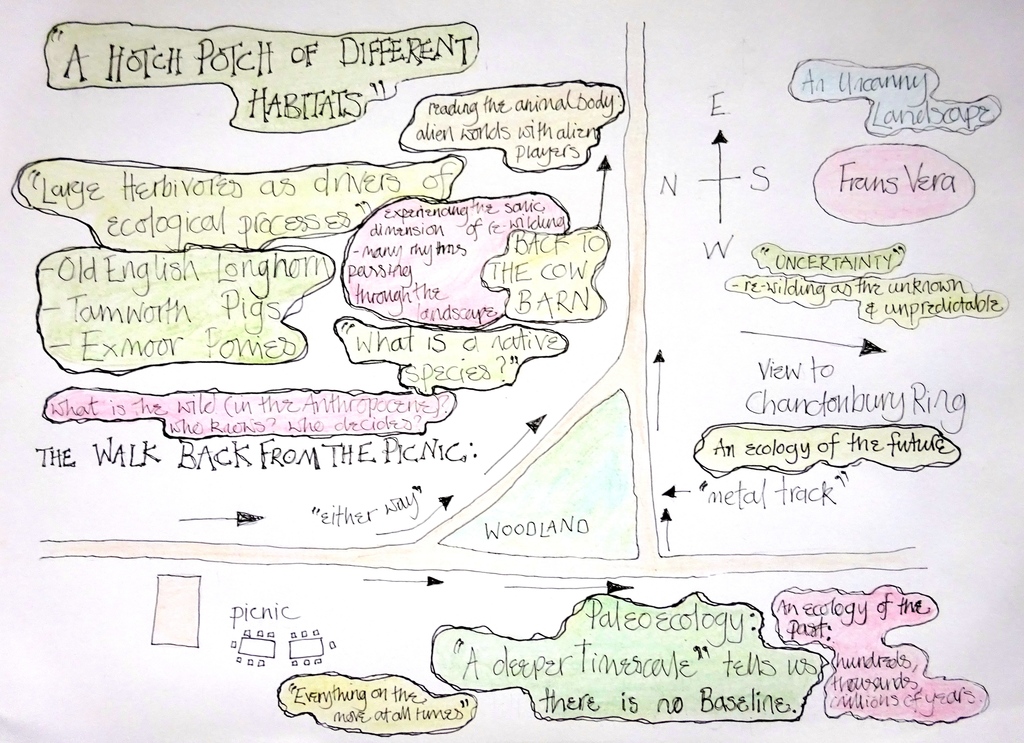 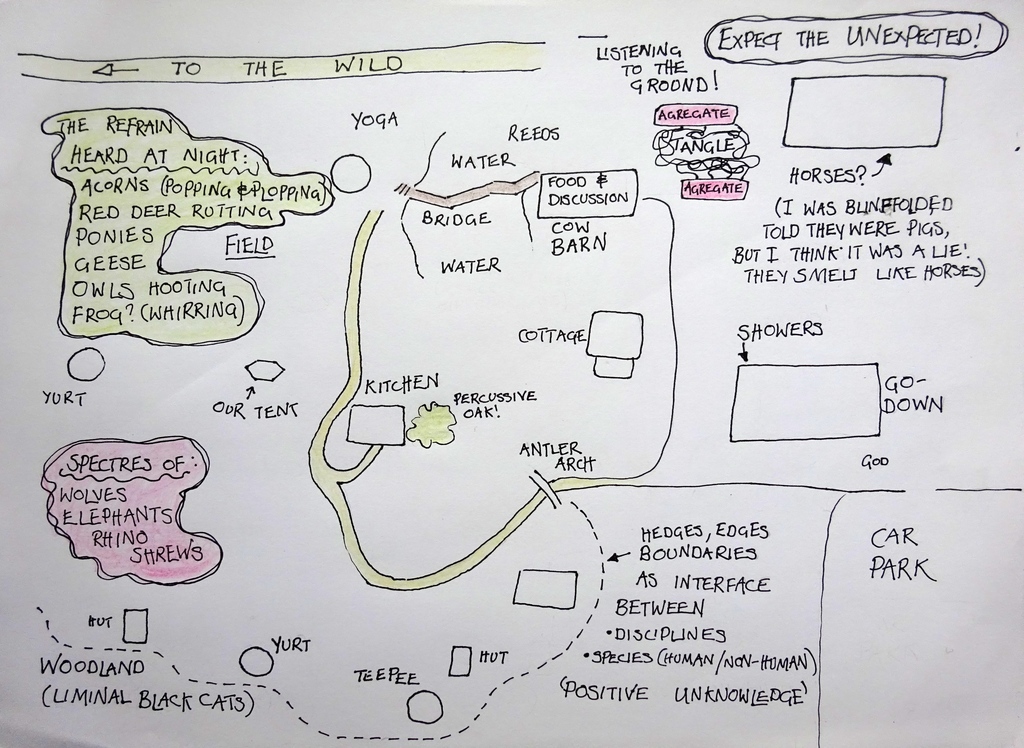 A selection of images from a two-day creative workshop that took place at Knepp Castle Estate in West Sussex in October 2017. The Estate is home to Knepp Wildland Project, a large-scale conservation initiative established in 2002 by the landowners, Sir Charles Burrell and Isabella Tree. Adopting a… 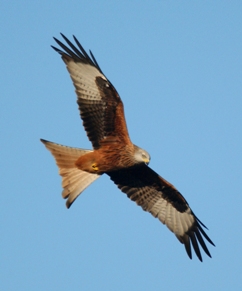 I have been spending a lot of time on my own recently, taking a regular journey by air between my home in Glasgow and my workplace in Surrey. This hasn’t been entirely unpleasant. Suspended miles above the landscape, or responding to emails in the reassuring universality of airport lounges, it has been easy…

At the end of 2015 I interviewed residents of Dunoon and the surrounding areas asking them questions about their experiences of living by the sea, what “the sea” means to them and what part it plays in their life to create a short video called The Sea, The Sea, The Sea. The video includes contributions from pupils of Toward Primary School (which is situated right on the water, looking out to Bute), students at Dunoon Grammar School, a sea captain, a naval engineer, an artist, a… 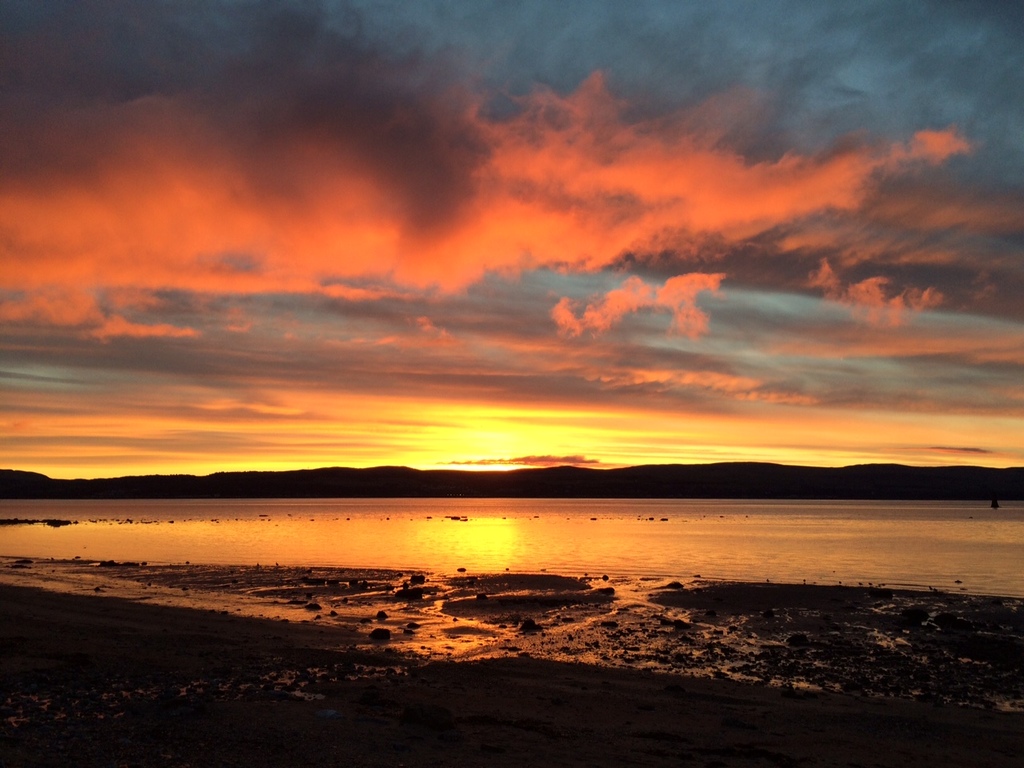 “Walking, dancing, pleasure: these accompany the poetic act. I wonder what kind of poet doesn’t wear out their shoes, writes with their head. The true poet is a traveller. Poetry is about traveling on foot and all its substitutes, all forms of transportation.” Helene Cixous Three Steps on the Ladder of…