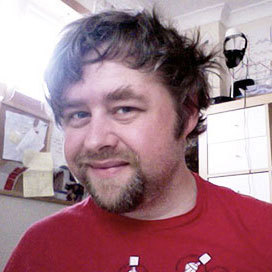 Chris Dooks has not received any gifts yet

I am an interdisciplinary artist and PhD doctoral researcher based in Ayr, Scotland. I am known in small circles for my psychogeographic projects such as :-

I’m also a composer of electronic music and sound art with releases on several labels and aliases.

In the late 1990s, I was a TV director for arts television programmes including The South Bank Show. However, in 1998 I became ill whilst on location in California working for PBS. As I fell apart, my TV career ended and so began an intense learning curve in coping with chronic ill health and initially, a return to my training as a photographer.

Over the following decade, I developed a successful art practice sympathetic to my new life which has been the foundation for academic enquiry since 2010. My forthcoming PhD deals with creative strategies regarding the illness Myalgic Encephalomyelitis or M.E, asking how such an art practice may serve to offset or augment the relationship between the cultural practitioner and the illness.